Trained specialists are available 24/7 to provide information and assistance in times of emotional, financial and community crisis. This includes suicide prevention.

211 Brevard started in the 1960s as a grassroots volunteer organization dedicated to providing support for individuals and families affected by mental illness.

The nonprofit was instrumental in starting one of Florida’s first teen and suicide hotlines, which soon expanded in scope in response to community need. Recognizing that callers frequently needed ongoing services, phone counselors began collecting and maintaining information on local social services organizations and programs.

In the early 1980s, this information became part of the area’s first comprehensive database of community services.

In 2001, 211 Brevard became the first in Florida and the seventh in the nation to implement the 2-1-1 dialing code following the Federal Communications Commission ruling designating the number for accessing information on local services.

Ways to Get Help 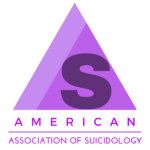 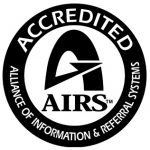 AIRS is the driving force behind the delivery of quality I&R services and the sole source for standards, program accreditation and practitioner certification for the I&R sector.

211 Brevard also provides specialized services and programs to target populations such as U.S. military veterans, families with young children, people struggling with or affected by addictions, individuals or families who are homeless or at risk of homelessness, and people with health-related needs.

2-1-1 Brevard partners with these national programs to connect people to local services via national hotlines:

The National Suicide Prevention Lifeline is a 24-hour, toll-free suicide prevention service available to anyone in suicidal crisis. If you need help, please dial 1-800-273-TALK (8255). You will be routed to the closest possible crisis center, including 211 Brevard.